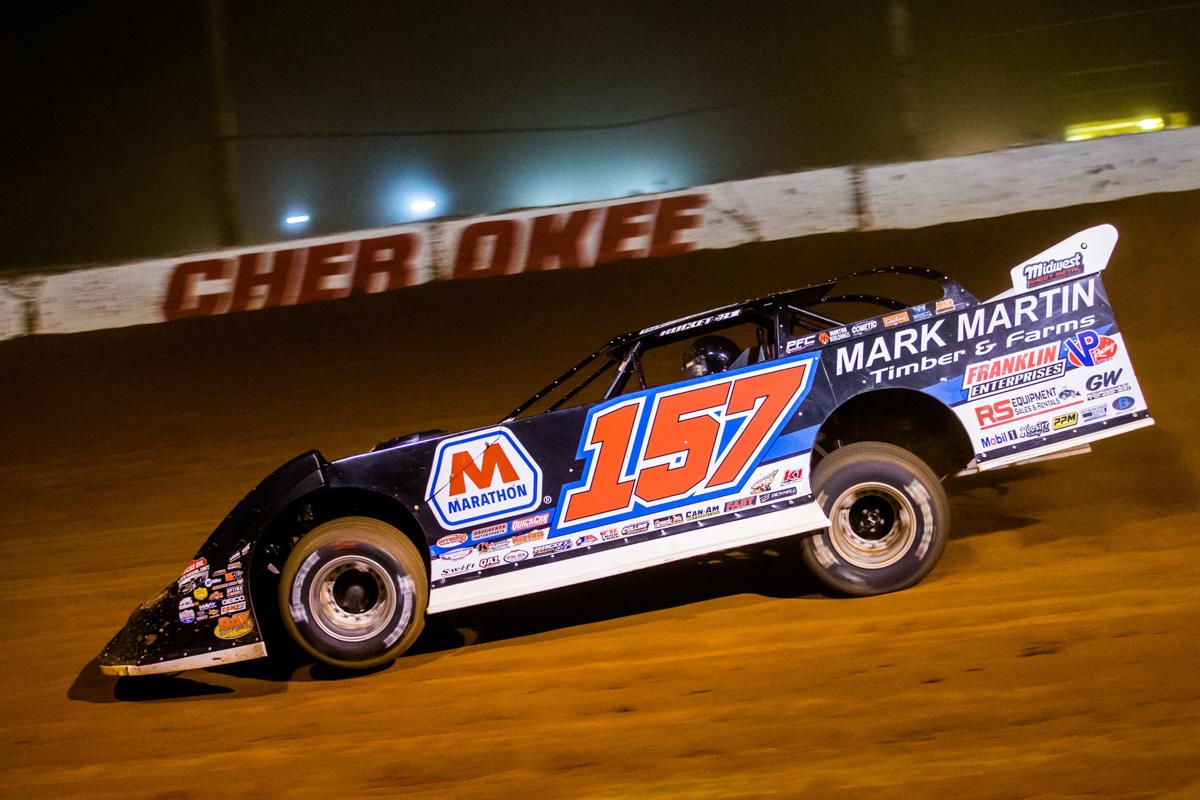 A terrific battle for the second spot took place between several drivers in the last five laps of the race. Davenport held Ross Bailes to secure the second spot finish at the checkers. Jimmy Owens came from the eighth starting position to finish in third. Completing the top five were Tim McCreadie and thirteenth starting, Don O’Neal, with Bailes slipping back to sixth on the final lap.

Marlar’s previous trip to Lucas Oil Victory Lane this season, came just two weekends ago in the Clash at the Mag at Magnolia Motor Speedway in Columbus, Mississippi. Tonight, he stamped his eleventh career series win in front of a packed grandstand at Cherokee Speedway.

The 41-year-old Marlar was ecstatic in Lucas Oil Victory Lane. “We got a good qualifying lap here tonight and it just set us up for success. I don’t feel like I drove my best race. I made a few mistakes out there. The cautions really helped me. They cleared out the lapped traffic. The guy leading here is really at a disadvantage because the cars in the back are just as fast as you are.”

“Devin [Moran] showed me a lane and it really helped me,” Marlar added. “At the end of the race I felt like I was running really well. I came out here to race five or six years ago and I thought this place was awesome. It has been really good to me. It is a really technical race-track. There is always a ton of support around here.”

Davenport, who has yet to finish outside the top-five this season, recorded another podium finish. “We had to burn our stuff up a little too much. Ross and I had a good race for a long time. I am not sure what happened to him at the end. The cautions didn’t go in our favor tonight. I thought maybe Mikey would come to us when we got into traffic, but it just wasn’t meant to be.”

Owens charged through a pack of cars to get to third and was challenging Davenport for second when the checkered flag came out. “The middle was really good. I was able to move around well. I went to the top there a few times and I thought I was going to end up in the wall. It really sneaks up on you here. Moving down there was really good for the car. I didn’t want to burn off the right rear, but we ended up with plenty of tire left.”