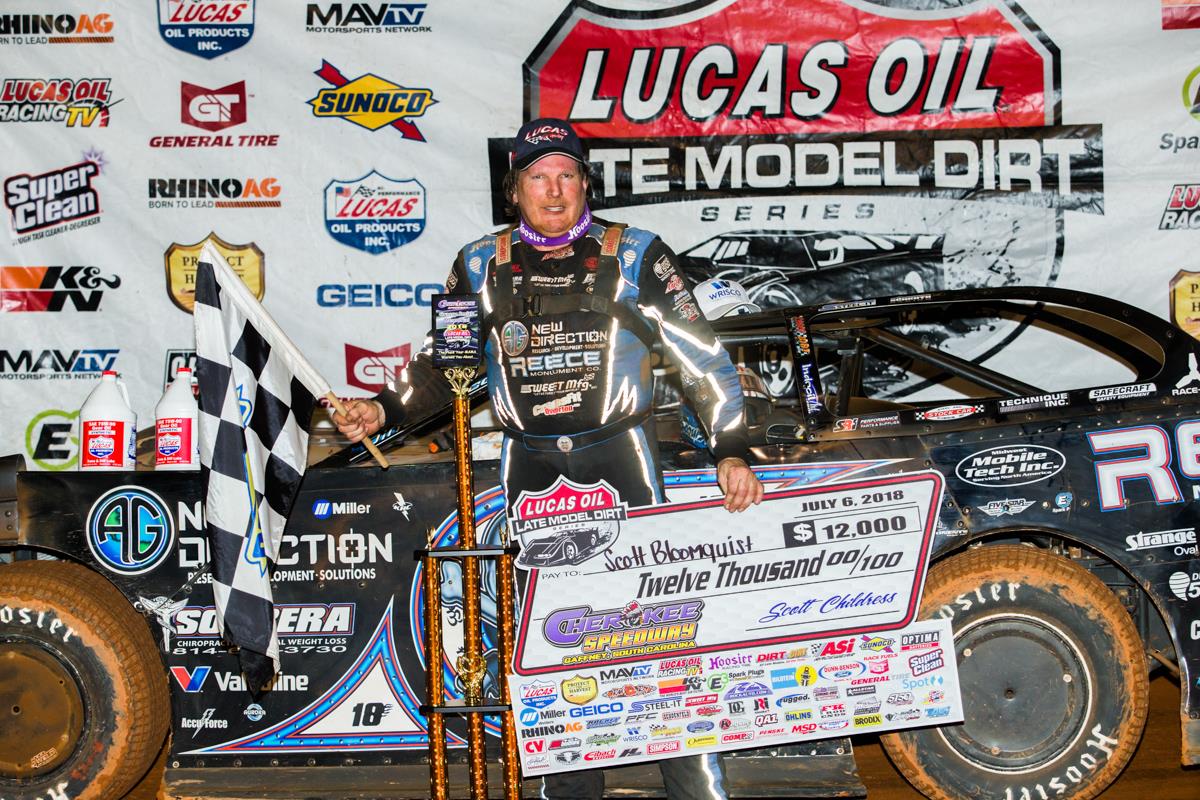 Bloomquist Wins from Seventh at Cherokee

Bloomquist took the lead on lap 31 from Josh Richards and then held off a charging Brandon Overton in the final laps to score his 599th career victory. Overton came home in second followed by Josh Richards, Don O’Neal, and Dennis Erb Jr.

Hudson O’Neal led the opening lap from his outside front-row starting spot. Richards took over the point on the second lap and then led until Bloomquist forged ahead on lap 31.

In Lucas Oil Victory Lane, Blomquist was complimentary of the track conditions and the enormous crowd on hand. “We were good on the restarts and that helped. This is probably the best shape I have ever seen this track in. We could run low, middle, or the top. We went to the top there towards the end and I think that helped us out a lot. The top was the place to be especially getting around those lapped cars.”

Overton was pleased with his podium finish. “I can’t thank Billy Franklin enough. Without him I wouldn’t be here. As the race went on we got stronger. That was a heck of a race up front there. I thought maybe I could catch Scott [Bloomquist] there at the end. He changed his line and that was the line I was more comfortable with coming up thru there. All-in-all it was a good race and we look forward to heading to Smoky Mountain tomorrow night.”

Richards, piloting the Best Performance Motorsports, Colt Firearms, Rocket, commented on his third-place finish. “Congratulations to Scott [Bloomquist] on the win. We had a real good race car. We are running more consistent now. Hudson was good early and then we got the lead. I tried to hold them off for as long a possible. Those cautions kind of hurt me a little because we had some good momentum built up”