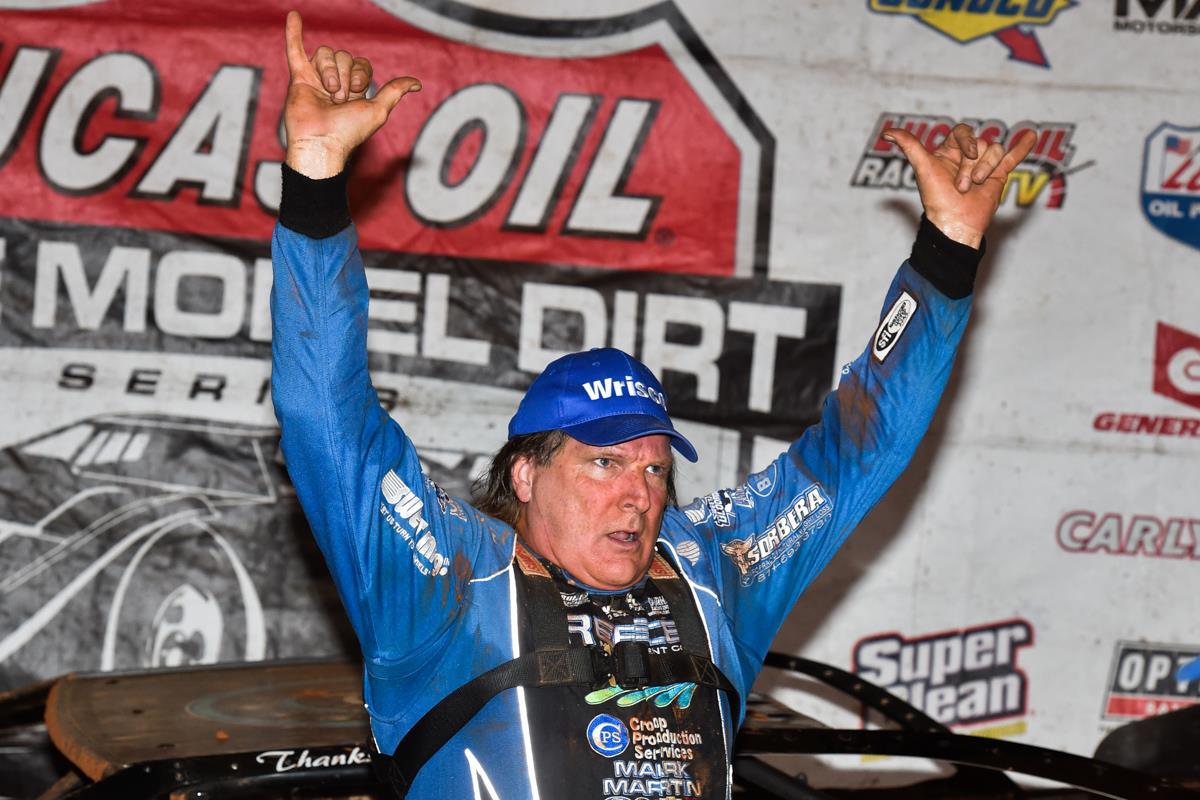 Chris Madden managed to lead lap 18, marking the only lead change throughout the long battle between himself and Bloomquist. Madden took the lead in heavy traffic much to the pleasure of his home-track crowd, but under the ensuing caution Madden’s right rear tire went flat and he was forced to pit. He never returned to the track.

“I know we have finished later at some tracks,” said the winner after the race that ended at about 3:20 am local time. “At the start, I kind of just settled in on the bottom. I really couldn’t see where the cushion was. I think we were still fast enough and could have gotten it done.”

“The track crew did a good job getting the track back into shape. It’s tough getting that initial glaze off the track. Once we started back up again it was good. The track was smooth; you could race all over it. We stayed up high most of the race and when we went down low, it was no problem.”

Roberts and Pursley tried their best after several caution flags to stay with Bloomquist, but both drivers were pleased with their podium finishes.

“I probably had a third place car here tonight,” said Roberts. “The track was super-fast after the rain. It was really smooth. They did a good job getting it back in shape. It was a really good race early-on with Scott, Chris, and Johnny. Our car worked better on the bottom, but Scott was just too tough. We are happy with second and we will head to Smoky Mountain tomorrow and see what we can do.”

It was the best career LOLMDS finish for the home-state driver Pursley as he held off a torrid battle with Brandon Sheppard to place third. “To be able to stick with these guys tonight says a lot about our team. We sometimes struggle here. But tonight we had a car that ran third against this caliber of drivers that was an honor. I have been coming here a long time and that was the biggest crowd I think I have ever seen here.”