7/19/2022
The Mid-East Summer Classic held at Cherokee Speedway will feature all of the Mid-East divisions as well as several local divisions. The Summer Classic will consist of two days of racing action. The entirety of the weekend will be broadcast live at www.mideast.tv for those...more 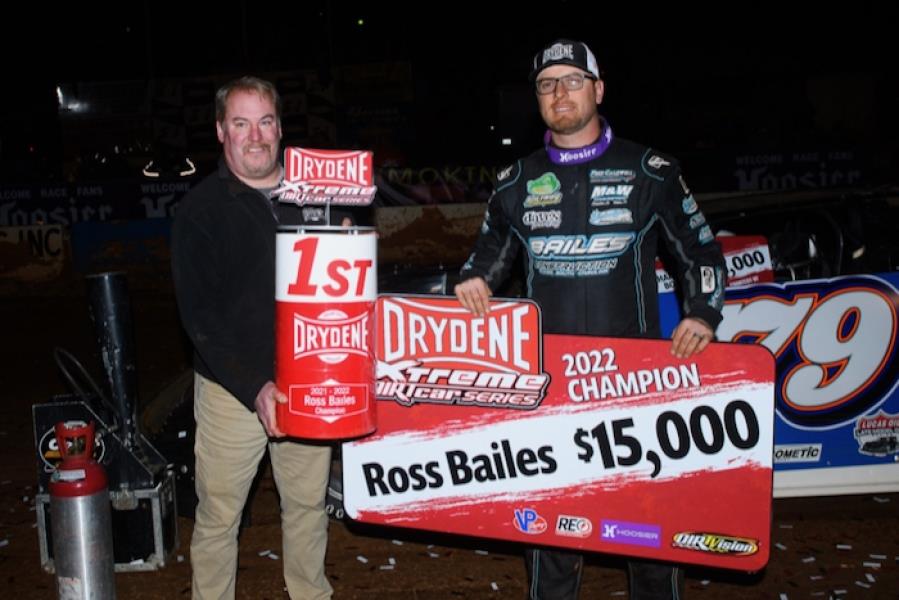 Ross Bailes made the short trip to Cherokee Speedway (Gaffney, S.C.) on Friday to compete in the Drydene Xtreme DIRTcar Series doubleheader weekend. Drawing 40 Late Models for the event co-sanctioned with the World of Outlaws Case Late Model Series, Ross came in 10th-fastest in his group before placing third in his heat. Starting the opening night feature in 10th, Bailes salvaged a 21st-place finish in the 40-lapper after battling fender damage. (Jacy Norgaard photo)

On Saturday, Bailes followed up the second-fastest time in his group with a heat race triumph. With $20,000 on the line in the feature, Ross improved two spots in the 50-lap affair to register a second-place finish. He trailed Max Blair to the checkers with Daulton Wilson, Hudson O’Neal, and Cla Knight rounding out the Top-5.

With his runner-up finish in the feature, Ross captured the Drydene Xtreme DIRTcar Series championship, along with a $15,000 payday.